Home / Movie News Let's talk about that wild end-credits scene for Venom: Let There Be Carnage
October 1, 2021by admin 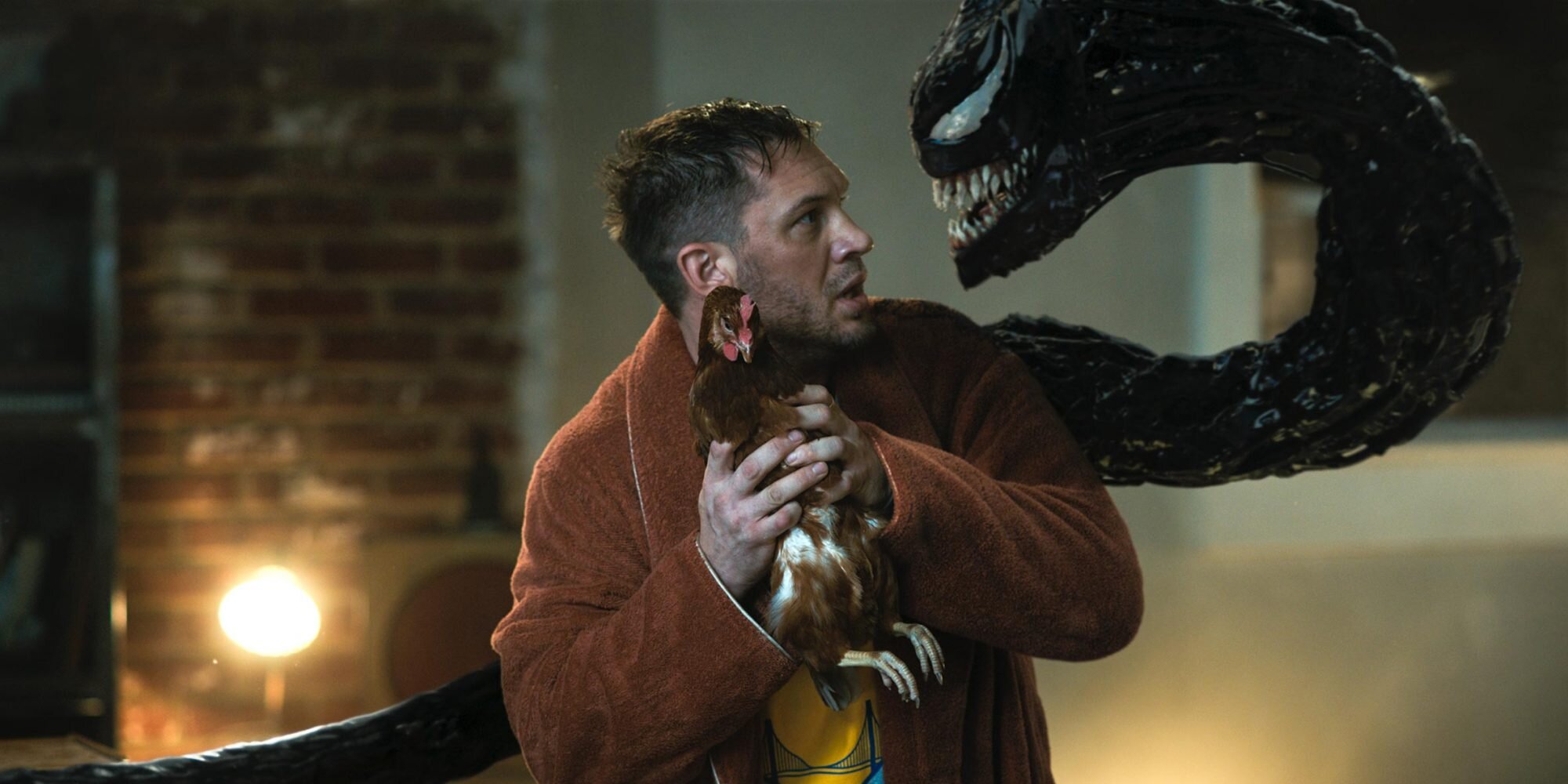 Warning: This post contains major spoilers for Venom: Let There Be Carnage.

There are many bonkers moments in Venom: Let There Be Carnage. There's a scene where Eddie and Venom (both voiced by Tom Hardy) bicker over whether to eat the chickens they have grown attached to, an adorable pair named Sonny and Cher. There's an extended sequence where Venom “breaks up” with Eddie and gets in touch with his inner party animal at a neon-drenched, candy-colored rave, complete with glow sticks and an appearance by rapper Little Simz. There's also an excellent moment where Woody Harrelson's villain Carnage/Cletus Kasady chastises Eddie for his biased news coverage, bellowing, “THAT'S BAD JOURNALISM!!!!” while attacking him in a crumbling cathedral. (For this last one, I need a gif of it just so I can send it to my EW colleagues whenever they post a recap or review that I don't personally agree with.)

But of all the insanity that occurs during Let There Be Carnage's 90-minute runtime, perhaps the most shocking moment comes at the very end. The original Venom had a notable end-credits scene in 2018, introducing Harrelson's Kasady and not-so-subtly setting up a sequel. Let There Be Carnage has a similarly explosive finale, one that not only teases Venom's next chapter but might have major repercussions for the rest of the superhero movie landscape.

Ke Huy Quan says ‘numerous scripts’ for Goonies 2 failed to get made: ‘I would be open to revisiting’ Data

Better Caul Saulstar Giancarlo Esposito wants to portray Professor X in the MCU: ‘I want to play a good guy’